Which Business Models Do Investors Prefer?

When thinking of your start-up and its business model, you must consider how you will fund it and whether the chosen business model will be agreeable to the investors you could realistically engage. 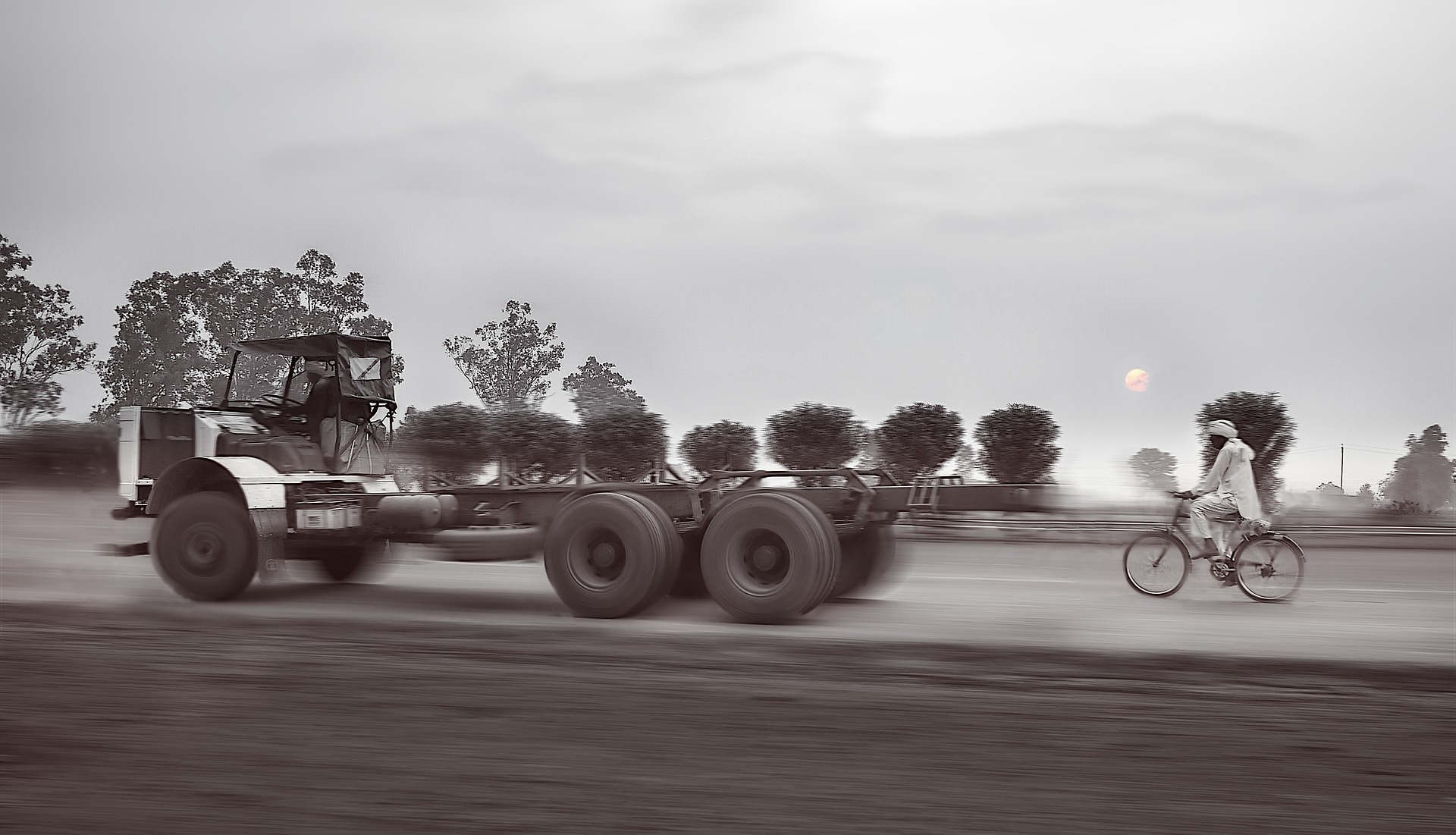 Why are investors more receptive to some start-ups over others? We’ve all heard of the most common factors that seem to influence their decision-making process: financial metrics, right timing, and a good team; however, the type of business model that a start-up has is essential in potential investors’ eyes. Most founders don’t stress their business model when pitching to investors, but the type of business model you’re using can send different signals about your company’s current state and prospects. It is impossible to create a rule to determine which business models investors prefer across all start-ups, investors, stages, geographies, etc. The variance is just too significant. That said, the start-up ecosystem offers some clues as to why some business models perform better when raising investor capital, which is what we’ll explore in this blog post.

What Are Business Models & Why Are They So Important?

Every business makes money, which is the most, and some say the only thing that matters. If that is the case, why is the way that the business makes money so important? Despite the apparent importance, however, the term “business model” doesn’t have a clear definition.

At its core, a business model essentially provides a description of how your start-up plans on making money, maximizing output, and sustaining that process over the long term. Business models have four fundamental components: value proposition, value architecture, value network (suppliers/consumers), and value finance. Business models are so invaluable that they allow start-ups and potential investors to actualize a holistic description of the logical interrelationships. A company benefits its customers and generates value, making the business more visible, valuable, and subsequently changeable.

Everybody wants to be capital efficient

Capital efficiency is defined in many ways, but the easiest way to think about it is how much money the company will need to become profitable. It doesn’t mean the company won’t raise more capital or that it would necessarily become profitable even if it raised ten times the required sum (simply as it may choose to invest all its net profits back into growth). Still, both are choices the management and board of directors would be at freedom to choose. A non-capital-efficient start-up will require a certain minimum amount before earning money, let alone become profitable.

Capital efficacy is an aspect that affects the company’s risk but also the reward.

Let’s compare an e-commerce start-up that can show an income in the first year since inception to a bioinformatics company that develops a new drug. While the first is much more capital-efficient than the second because it can reach sustainability much faster, the second is much more defensible. If it succeeds, its success is potentially higher.

Business Is All About Money

Capital is one of the most critical things start-ups need to be successful. One study found that the earlier the start-up successfully raised VC investment, the higher its performance. In the early days of the start-up, capital efficiency plays a significant role in investor decisions. It would be best to stress how and why your business model will contribute to such efficiency and scale and grow in a streamlined fashion. For example, if you pitch a drop shipping e-commerce site, you’ll have to explain how you can defend when scaling while dealing with growing competition. All the advantages of not having logistics centers, a full-blown team, and relying primarily on marketing and channel management will be challenged.

Another point to understand is that you are not operating in a vacuum. Since investors are looking for outstanding IRR and ROI, but most of them lost their crystal ball, they would look past performers for indication. Therefore, they would compare the pitching start-up business model to the most successful companies in the market using a similar business model and the most successful companies in the market – of any business model. As that is the case, it’s best to show the path that leads from one business model to the other and explain how the transitions will be done. For example: “We are starting with drop shipping to tune our marketing and lower our CAC, BUT already hired an experienced operations manager to set our logistics center so we can have a better level of control over some products.”

Don’t forget there are different investment models as well

When an investor evaluates your start-up, they consider both the company’s chances to succeed and grow and their (the investors) ability to stay engaged with the company through the journey and maintain holdings within their target percentage. Suppose your company requires a lot of capital before it can become profitable, such as the case with deep-tech companies whose earnings have a J-curve shape. In that case, angle investors might be deterred from investing because they know that the first few rounds will be before the company is profitable. They will be heavily diluted in their holdings. On the other hand, a company that can grow aggressively, but is capped in size by merely catering to too small of a market, will find it hard to raise from VC firms as those who need BIG exists. In both cases, the founder should tailor a story that explains why he is engaging with that specific investor despite the difficulties.

Such as addressing the fact that the current market is small and explain how and why the company can expand to adjacent markets. In the case of the angel investor, the company should convince the investor that each fundraising round will represent a substantial milestone that will prove the technology proved to be a breakthrough compared to state of the art, which will allow valuations to hike on each round.

Is There A Rule of Thumb?

Business models that allow businesses to have more leverage in the market outperform the competition. An exciting way to look at the whole thing is to analyze that Stewart Brand’s Pace Layering analysis developed back in 1999. The study explains how different layers of the social economy evolve at different rates. When the Pace Layering analysis is adapted for today’s economy, an exciting insight comes to the forefront, which is crucial to this discussion.

Out of all the different layers in the Pace Layering analysis, technology and the business model layer were changing far more rapidly than any other. Overall, the study suggests that governance and infrastructure layers don’t evolve nearly as quickly as the other two. Start-ups that rely less on the underlying slow regulatory structure have better financial projections and have a better chance of securing investment.

Consider the example of Coinbase. The buying and selling of cryptocurrencies were highly debatable when BTC rolled out in 2009. Whether or not government regulations should extend to these new decentralized ledgers was still being contemplated. Coinbase came up with a unique business model that allowed it to pave the way for crypto-freaks to trade without the fear of a government inquiry. Coinbase got a license to trade ETH & BTC from the New York Department of Financial Services in 2017. In October 2020, it announced its Visa debit card program.

In contrast, companies like Uber became successful by ignoring the underlying government outcry that favored traditional taxies until world domination. They figured out a way to reduce risk by not owning any cars or hiring any drivers. The same is the case with Airbnb. The two companies worked around the regulatory restrictions that threatened their business operations. Their business model allowed them to disrupt the taxi and hotel industry once and for all, sparking heavy investor interest. In both of these cases, their primary innovation in the company is business model innovation. Today it evident that Airbnb works, but many investors did not believe that would be the case 10 years ago, which is where the magic lies. The founders innovated a business model and believed in it. Everybody else did not. That insight allowed Airbnb to grow and thrive while many of its competitors could not let go of the premise that the business model would eventually fail due to one reason or another.

Be careful of business model copycats

When talking about business model innovation, many founders think it is a silver bullet. They have a superior business model compared to most market players, which will be the reason for their success. The problem is that those entrepreneurs fail to identify what would block new and existing competitors from copycatting the new model if it proves to be successful.

Uber’s model is very local. Being an intermediary between passengers and drivers, you need both for the model to succeed. While Uber was proving its business model in the US, and before it had the chance to expand globally to every country, many local Uber-like companies were established to cater to their local market. The most extreme example is Didi in China, which copycatted the Uber model and got so big, it has its visions about going global and disrupting local markets.

Airbnb needs to create a local marketplace, but the searches are most likely coming globally, i.e., from someone outside the local economy – a tourist. As such, it is hard for a local alternative to create a global demand. To read more on that comparison, check out this piece on Vox media.

Investors’ decisions are always influenced by the business models that a company or start-up uses. The question of which business model investors often prefer fuels debates centered around the business model analysis and arguments trying to compare traditional business models with newer ones. To participate in these debates is to miss the point entirely. Business models essentially allow investors to gauge any given start-up or company’s potential to innovate - quickly, intelligently, and effectively. And technology is the one tool to do so. Business models that support innovation promise long-term sustainable growth, which in turn ensures higher ROIs. To compete in the current market and have a business model that does not allow for innovation is to lose by default. Ultimately, the quest for securing investment capital should be approached based on the start-up’s ability to evolve and thrive with time. The question of the type of business model that should ultimately be adopted becomes secondary as a result. What are angel investors and what do they do for businesses?

What are angel investors, where to find them and what to expect of them